or.. how a chancer wrecked by BMW 320CD M Sport

On 23rd April 2016 I was returning from seeing my brother in Bracknell and was just exiting off the Lightwater roundabout onto the M3 towards Basingstoke. A beaten-up Passat overtook me on the approach to the slip and slammed on its brakes. There were no brake lights to warn me and I had no time to stop in time. Needless to say enough damage was caused for the insurance company to write it off. I was extremely upset. This was a car I’d cared for and spared no expense if something went wrong.

It soon became clear to me that I had been the victim of a crash-for-cash. Very upsetting. 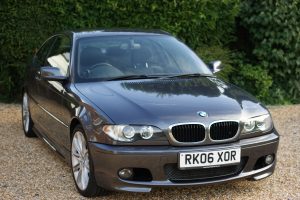 This was my baby about a week before. 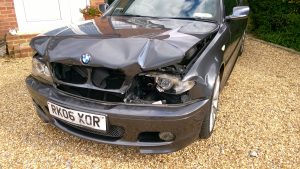 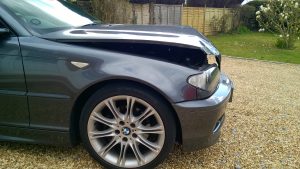 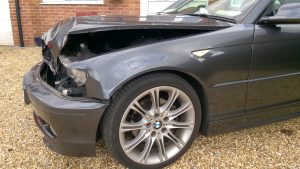 In August 2016 the car was subsequently sold by the insurance company at CoPart car auctions.

In November 2016 the car then appeared on the DVLA website as having a MOT. I’m guessing because of the cost of repairs it had been bought by a private buyer who liked the look of it and took a chance. If that person ever reads this I would love to know how the repairs went and how it looks today. I also have the spare keys and original manuals, first aid kit, etc.

Leave me a message on this site or email me on andy.cippico@gmail.com